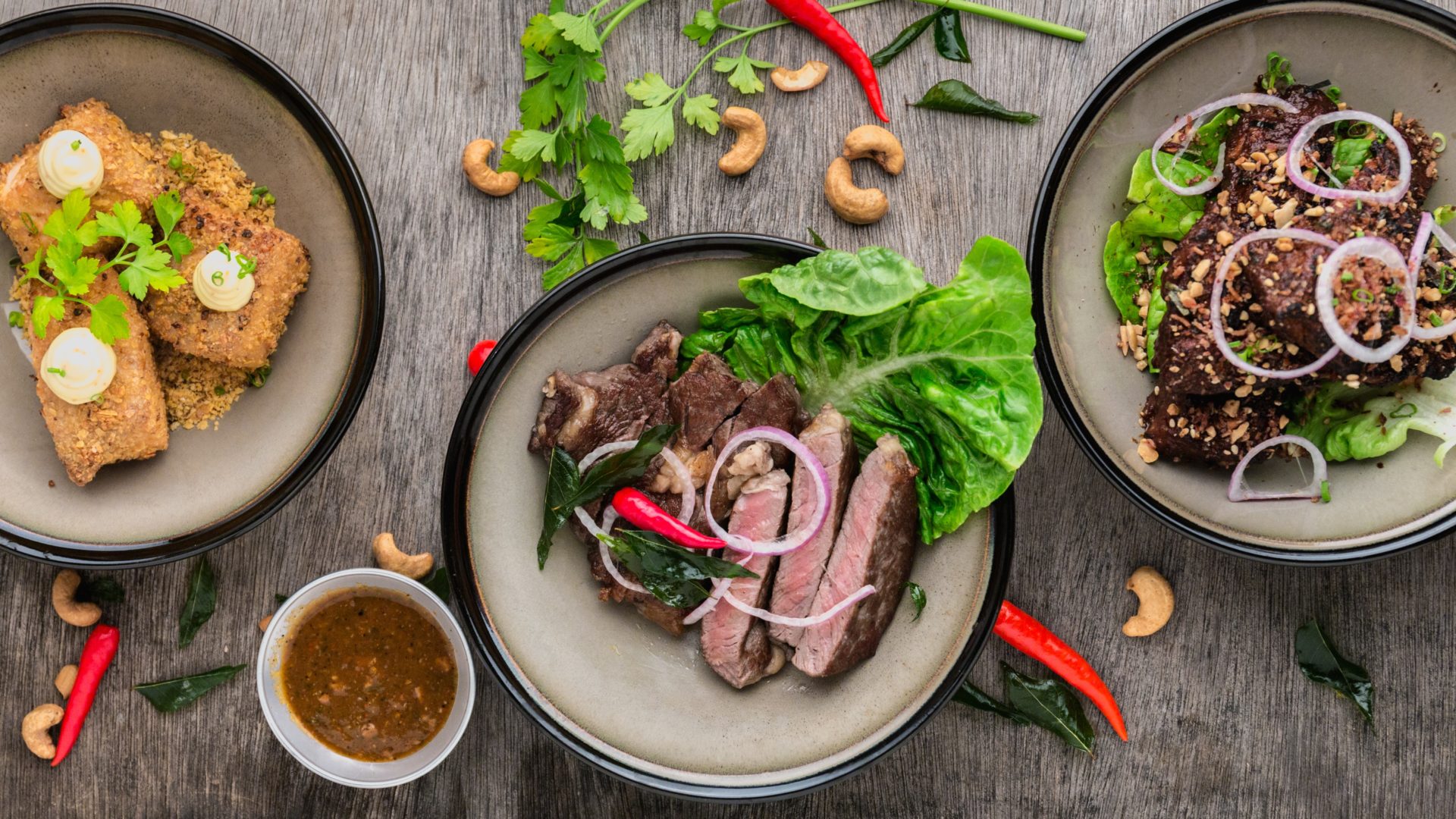 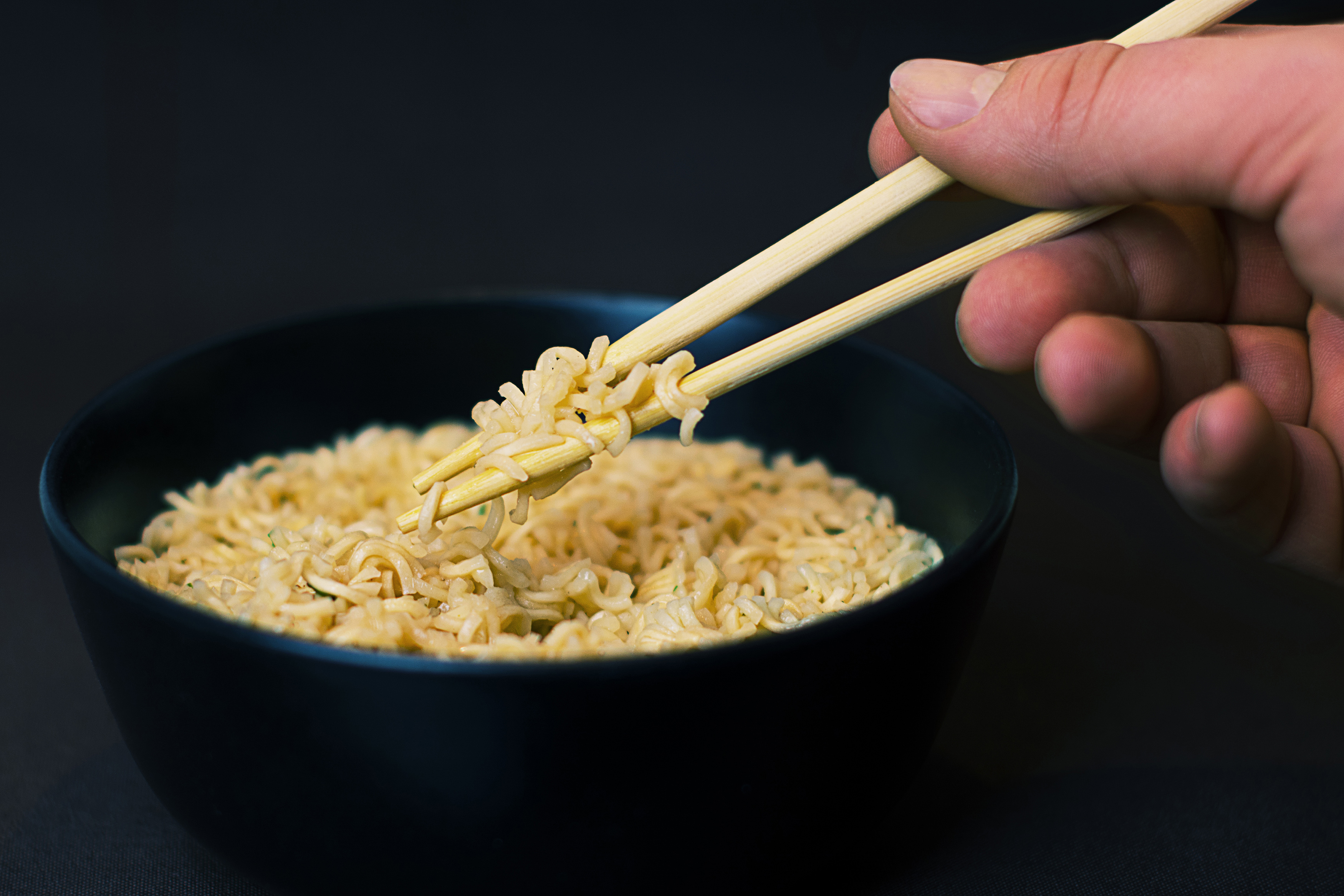 The recent ramen trend happening in America is nothing new. Instant ramen is as American as apple pie and hot dogs. We have all eaten it; a cheap, quick, easy meal. Boil hot water, throw in the noodles and seasoning packets, and in 3 minutes or less you have lunch. If you are of Asian descent those instant ramen noodles would become a complex bowl of yummy, cuz Mom would throw in leftover meat, green onions, whatever veggies she had in the house like cabbage, carrots – maybe even some mushrooms. While everything is cooking, she would crack in an egg. Some people like it soft-boiled so that when they start eating the ramen the yolk will still be slightly liquified and make the broth rich and creamy. I liked to break the yolk while it’s still cooking and stir it softly, so the yolk and the whites would form pillowy strands that would float in the salty, over-MSGed broth. This full bowl of noodles and toppings would be a speedily made dinner for when Mang did not want to cook and I was not particularly in the mood for anything. It was a great way to use up leftovers, and yet everyone was full and happy while riding the MSG sodium high.

Back when I was a kid there were not a lot of brands of noodles. Mang never bought the ramen noodles in the American groceries like Top Ramen.  For around $5 she could get a box of Kung Fu brand ramen noodles – usually beef or shrimp – and it would be a 24 count. Depending on Mang and Bo’s work schedule the box could last from 3 weeks to a month or more. If I was hungry and no one was home, Mang knew that I could at least boil some water and stave off hunger until an adult came home. One day in 6th grade, my friend from Taiwan taught me a new trick on how to truly eat ramen in an instant. She had brought to school a pack of ramen, and when it was snack time she crushed the noodles opened it up, threw away the oil packet, opened up the seasoning packet, and proceeded to mix the dry seasoning in with the crush noodles and voila – a crunchy salty snack that was like crack to us 12 year olds. Once we finished the crunchy noodles we would lick our fingers and dip it into the noodle bag to get every little particle of the seasoning. Oh, we ingested so much sodium and MSG along with the dehydrated onions. In my later years, I developed a lurid allergy to MSG. First, I will break out into little hives all over my chin and cheeks, then, the more MSG there is, the more reactions I will have. My eyes will start to twitch, my face will become hot and itchy, and if I truly have eaten the ultimate amount of MSG, I will be struck by a horrible stomach ache and dysentery. I truly believe those little packets of seasoning contributed mightily to my allergy to MSG.

Recently, Japanese style ramen houses have been springing up everywhere, but ramen restaurants are nothing new. They have just been the Hong Kong style restaurants where you can also get crispy skin roasted pork and duck, the fuschia colored sweet and savory char siu pork, as well as various other dishes. The “ramen” noodles in these Hong Kong restaurants are freshly made thin egg noodles that are boiled per order and served with pork or shrimp wontons and a few greens in a clear thin broth that usually has a base of dried seafood, pickled Chinese cabbage, and pork or chicken bones. Very simple and easy to make, this broth is then ladled over the wontons and noodles. Yet that is just the basic ramen noodle soup. To make it truly delightful, the afore-mentioned roast duck and char siu can be added to the ramen. Of the three meats, the roasted char siu with wontons and noodles is the most popular, but the duck runs a close second. The char siu adds a sweetness to each mouthful of noodles while the duck adds a fatty richness that coats your tongue and mouth. The Hong Kong noodles are also great for carry-out because the components can be packed separately and the thin egg noodles do not lose their elasticity or get soggy. Since the Hong Kong style noodle houses tend to stay open till the wee hours, these noodle soups are great for a post-bar hopping/clubbing meal. It’s a good way to also remember to hydrate after all that drinking and dancing since the sodium content will force you to drink a lot of water, so it’s like killing two birds with one stone.

The next time you want a nice hot bowl of ramen late at night, check out a Hong Kong/ Chinese Noodle Restaurant.

Stay tuned for my take on the recent Japanese ramen houses that are popping up everywhere.

Use this char siu on top of instant ramen noodles, rice or in a baguette with some pickled veggies and cilantro. An easy, authentic and delicious way to make a meal.